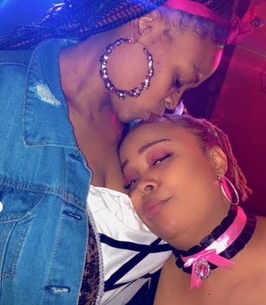 Angel Denise Jones was born June 7, 1986 at Jackson Park Hospital in Chicago, Il to Leslie Taylor and Clifton Jones.
Angel moved to Madison WI when she was in 2nd grade. She graduated high school in 2004.
Angel enjoyed her life. She enjoyed spending time with her family and friends. She was the turn up queen with a great sense of humor. She would most defly tell you like it was. Her favorite line was “Make it make sense”.
On August 16, 2022, our Angel gained her wings and became an angel.
She was preceded in death by her brother, Clifton Jones, Jr., her niece Dy’Ori Graham-Willis, grandmother Alberta Jones, grandfathers Robert Jones and Robert Freeman, and a good friend, Romanette.
Left to cherish her life are parents, Leslie and Clifton, two daughters, Deylonne and Angelique, son Deyvean; her partner Ojinawanda Allen; two sisters Danisha and Monisha; Grandmother Brenda; three nieces Dazhana, Shawntay and Ramya; two nephews Shawn and Jonathan; two great nieces Jazzy and Maleah. A host of relatives and friend will also miss Angel greatly. Angel will forever be in our hearts and minds.