To share your memory on the wall of Brown Charles, sign in using one of the following options:

Print
Charles Elton Brown, 65 of Janesville, WI., Died on November 6, 2020 at his home. He was borned on May 8, 1955 in Inverness Mississippi. He was the son of Florence and Walter Johnson.

In 1974 he moved back to Beloit in 1974 from Ashland, Ohio., with his father. He was Employed at General Motors in Janesville, WI. He Retired after 31years and two months. He was a member of New Zion Baptist Church.

To send flowers to the family or plant a tree in memory of Brown Charles, please visit our Heartfelt Sympathies Store.

Receive notifications about information and event scheduling for Brown

We encourage you to share your most beloved memories of Brown here, so that the family and other loved ones can always see it. You can upload cherished photographs, or share your favorite stories, and can even comment on those shared by others.

Posted Nov 14, 2020 at 02:49pm
Thanks to Crystal, the Brown family, and Foster Funeral Home for the home-going celebration of the beautiful life of my dear Cuz Charles E. Brown, receive your crown Cuz. His Ohio families send our love and prayers of strength and comfort to all of you. God bless,
Sheila Johnson Burns
Comment Share
Share via:

Posted Nov 14, 2020 at 10:12am
Chucky,my bro im gonna miss sittin on the bank with our vodka and cranberry. You were a good friend to me and ill miss ya till I see you again.
Comment Share
Share via:
E

Posted Nov 12, 2020 at 09:25pm
My condolences to my sister, Crystal House-Davis, and especially the Brown family and all your friends. Charles, I love you and thank you for loving our family. This is a very difficult time, but you will be missed and we know that you're free and no more pain! I'm praying for strength and faith for all the family that will miss you. Mom, Bonnie Reneau loves you and says you gave a good fight. RIP Charles Brown, Love Wanda Brown, Jeri Williams and family.

Posted Nov 12, 2020 at 01:09am
Pain and sorrow grips our hearts to lose our Cuz Charles, and our hearts are further broken that we can’t be there to mourn together. Please know family our thoughts and prayers of comfort are with you all.
His love was so amazing and our love for him overflowing. Thank you Crystal for the love you shared with him.
We will miss you for now Cuz, (aka Boweav/Boweavil) but will see you in heaven dearheart, never goodbye.
Love eternally,
Aaron & Sheila (Johnson) Burns
Comment Share
Share via: 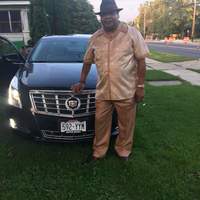 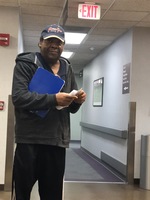 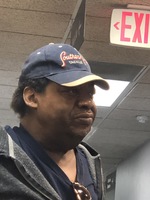