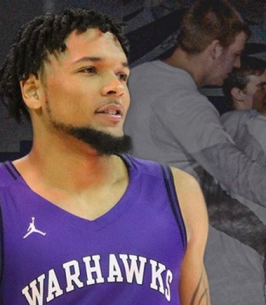 Derek Michael Gray, age 20, passed away unexpectedly on July 24, 2022. Derek was born July 19, 2002, in Lancaster, CA, an identical twin, was the third son born to Traci Pine and Donneil Gray. In his younger years, Derek and his family were members of Fountain of Life Church. Derek began participating in sports at an early age, playing flag football followed by youth football for the Southside Raiders football program 4th grade through 8th grade. He participated in AAU basketball throughout middle and high school.

Derek attended La Follette High School, where he excelled both academically and athletically. As a freshman, he joined the Lancer’s football and basketball programs. As a sophomore, he decided it was basketball that was his passion. Derek had the opportunity to play on the varsity basketball team during his sophomore year. In his junior year, he was especially excited to have the unique opportunity to play varsity alongside two brothers, twin David and older brother Donneil, who was a senior. Derek graduated in 2020.

Derek went on to continue his education and lived and worked in Whitewater. At UW Whitewater, he majored in psychology and was a guard on the Warhawks Basketball Team. Derek was a gifted athlete. He loved his coaches and his teammates. Outside of school, he worked for Whitewater Manufacturing Company.

Derek was respectful and levelheaded, a thinker rather than a talker. He would quietly and thoughtfully consider various perspectives or circumstances before proceeding with decisions or offering opinions. He was a leader on and off the court; a happy and care-free young man who shared his beautiful smile with others. He has positively touched many lives.

Your wings were ready, but our hearts were not.