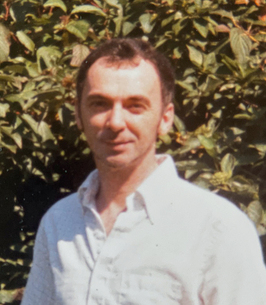 Earl Foster John Peppard went to his heavenly home on Thursday, May 19, 2022. He was born in La Crosse, WI, to Anne Peppard (Burr) and Leon Peppard on January 18, 1946. He is survived by his wife of 39 years, Harriet Peppard (Hepper), and by brother, Terry Peppard (Judy) of Madison, WI, and twin sister, Georgia Alcorn of Buda, TX.

He began his social work career in the early 1970's. Among his clients were foster children, couples, families and individuals, beginning at the La Crosse Home for Children, then St. Michael's Orphanage, Outagamie County Social Services, the Mental Health Center, of Jamestown, ND, and in private practice, ending with retirement from the counseling staff of Wisconsin's Oshkosh Correctional Institution in 2011.

When the door opened to him at any gathering, those in attendance knew they were in for something special. He loved cooking and baking. No recipe was too involved for him to try, and over the years, he took courses to hone his culinary skills.

His love for learning led him to spend three years studying conversational Spanish.

A Mass of Christian burial will take place at St. Albert The Great Catholic Church in Sun Prairie, WI, on Thursday, June 2, 2022 at 11:00 a.m. A Celebration of Life event is planned for a date to be determined in July.

Donations may be made to Doctors Without Borders, a local food bank or any charity.