To share your memory on the wall of Joseph Fullmore, sign in using one of the following options:

To send flowers to the family or plant a tree in memory of Joseph L Fullmore, please visit our Heartfelt Sympathies Store.

Receive notifications about information and event scheduling for Joseph

There are no events scheduled. You can still show your support by sending flowers directly to the family, or planting a memorial tree in memory of Joseph L Fullmore.
Visit the Heartfelt Sympathies Store

We encourage you to share your most beloved memories of Joseph here, so that the family and other loved ones can always see it. You can upload cherished photographs, or share your favorite stories, and can even comment on those shared by others.

Posted Jan 08, 2021 at 10:37am
Wanda, I am so sorry for the loss of your wonderful dad! I know how much you two loved one another! You both were so blessed to have each other! Much love and many hugs to you, honey! I love you!! Rest in Peace, Mr. Fullmore!!
Comment Share
Share via:
C

What an awesome man! Buck was very blessed to have a daughter that showed agape dedication. His commitment to the military is beyond words! God Bless!

Posted Jan 02, 2021 at 12:56pm
My wife Marie and I offer our deepest condolences to Wanda and all of Joe's family, whom he always spoke about with great pride, a smile and a sparkle in his eyes. It was a great pleasure having Joe living across the street in Miami and our many talks which always included a big laugh or two. He will be greatly missed along with his bright smile, warmth, and love of his family and life. Truly one of the most wonderful people we've ever met. RIP our friend.
Comment Share
Share via:
S

Posted Jan 01, 2021 at 09:01pm
Although I never met Joe face to face, I feel as though I knew him by the many stories that Wanda shared about him over the years. Joe was the recipient of her devotion, love and loyalty until the end. I also know that the staff at Highland will miss Joe in the months ahead as they made their place his home. RIP Joe. I salute you for your service to our country.

Joe was truly a special person and it showed so much in how his wonderful daughter Wanda was raised to be the person she is today. Their love and devotion to each other throughout their lives was wonderful. His love of family and friends was true to his heart and it carried him through life in the most wonderful way. Thank you Joe for being who you were and for leaving so many good memories with those you loved. Judy Hughes 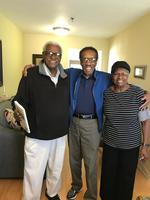 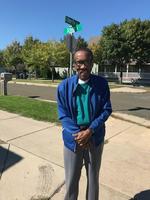 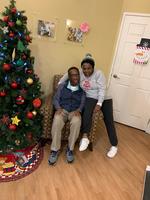