To share your memory on the wall of Nellie Lonzo Peterson, sign in using one of the following options:


Mother Nellie May Lonzo-Peterson was born March 25, 1923, in Chicago, IL, the only child to William Lonzo and Marie Jones Lonzo. Nellie’s Mom, Marie Jones Lonzo, went to be with the Lord on March 2, 1941, when Nellie was only 17years old. Her Mom’s oldest sister, Mrs. Nellie Harper, whom Nellie was named after, then raised her. The family memories and stories of Aunt Nellie was, she had long beautiful white hair.

Nellie attended Warren Elementary School and was an excellent student according to her 1936 report card. She attended DuSable High School in Chicago IL and graduated in 1941. During her time in school, she was voted “Most Active” and “Class Treasurer” for the Girls Athletic Association (GAA). She later matriculated to Loyola University and then to Chicago College of Laboratory Technique, where she later was employed as a Laboratory Technician. Nellie Lonzo married Frank R. Peterson at Poro, College in Illinois where her Aunt Mrs. Nellie Harper, escorted her on behalf of the Lonzo family.

In 1958, Nellie began a career at Western Electric Hawthorne Plant in Chicago, IL. where she manufactured telephones. Her children remember the joy of going with her to the Company's family day for tours, ice cream and each received a small princess telephone keychain. Nellie proudly served for 22 years and retired in 1980. Nellie was a true go-getter, in 1991 she began employment life again at her beloved Alcoholic Anonymous (AA) as a “First Responder Receptionist” assisting people with the first steps of sobriety or continued sobriety.

She worked at the downtown Chicago Alcoholic Anonymous office as the receptionist for 28 years. She was often the first person someone would talk to when they reached out for help. She was an angel doing God's work through the AA office, sometimes being the angelic voice shining a light of hope into the darkness of alcoholism, while other times conveying the stern words necessary to cut through excuses. Always with the intent to help offer a way out. Due to illness, her last day of work was August 2018 and her official retirement was March 2019. Nellie really thought she would bounce back from her fall and return to the work she loved; helping people; “Alcoholic Anonymous, Nellie speaking, how may I help you?” was her greeting.
In Nellie’s early years, she affiliated with the Catholic Church; on February 7, 1957, she was admitted into membership of the Ladies’ Auxiliary, Knights of Peter Claver. In 1961, she began affiliation and membership with Christ Unity Temple, which later changed their name to Christ Universal Temple (CUT). She was a faithful member for over 60years. She was involved in several ministries and at one time cooked for the founding female Pastor, often referred to as the “First Lady of New Thought”, the late Rev. Dr. Johnnie Colemon.

Every Sunday after church for over 15 years, special friends went to brunch and shared many laughs and good times. Prior to Nellie’s illness, she attended CUT regularly. And, before service started, she enjoyed walking around the ENTIRE church, stopping at every row and greeting each person with “Good Morning Family” because that’s who they were. It was also known that Nellie would close all CUT Business Meetings with, “This is Nellie L. Peterson and I second the motion”.

After retirement, Nellie was an avid traveler. Her journeys took her to Korea, cruises to the Bahamas’, many trips to Florida, to see her dear friend Dr. Joyce Clark, three trips to Hawaii, and every year she went to “Unity School Retreat” in Lee, Summit, Mo. One never knew when Nellie would call, to tell her children, “I’m off to……. call you when I get back.”

Through Nellie’s almost 98 years here on earth, her named evolved from Nellie L. to Mother Nellie Peterson, by her beloved church family. In 1968, Nellie took her baby daughter to Walt Disney World and on the last day, bought her the Winne the Pooh stuff bear. Since then she was known as Pooh. However, in 1973 when her first grand baby was born she was “Grandma Pooh”. And she has been Grandma Pooh to EVERBODY ever since!

To send flowers to the family or plant a tree in memory of Nellie May Lonzo Peterson, please visit our Heartfelt Sympathies Store.

Receive notifications about information and event scheduling for Nellie

We encourage you to share your most beloved memories of Nellie here, so that the family and other loved ones can always see it. You can upload cherished photographs, or share your favorite stories, and can even comment on those shared by others.

Posted Jun 12, 2021 at 01:15pm
I know Nellie from her years at CASO, and I was someone who experienced the stern direction from her as well as the gentle. Either way I always received her love. You will be missed. My heart goes out to all of Nellie's family and friends.
Comment Share
Share via:
RH

Posted Jun 08, 2021 at 08:56am
I have fond memories & loved seeing Grandma Pooh whenever she would visit her daughter Carola & family here in Madison. She was always so sweet, warm, joyful, made me laugh & always full of love! It is obvious where my sissy Carola got her huge heart from! My deepest condolences & prayers to Maria, Carola & Clyde & all the family & friends who loved her so much. Rest in Heaven Grandma Pooh
Comment Share
Share via: 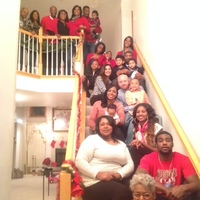 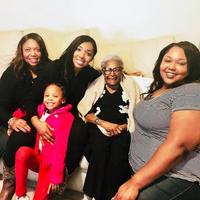